WordPress 5.6 is the last major WordPress release for 2020, scheduled for December 2020. But an important feature of WordPress 5.6 was removed because it was not ready. 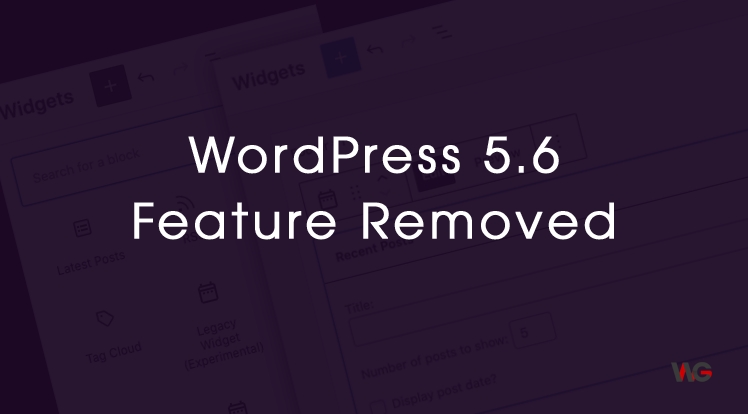 The Widgets Screen was developed in WordPress 5.6, but until the Beta 1, working on its major features was not complete. Then, the WordPress team decided to remove it from 5.6. At the current stage of this project, a bulk of that work is done, but more focused testing revealed notable concerns for overall usability including customizer interactions, some confusions between block & legacy widgets, and UX disparities between the old and new screens.

The WordPress team will continue working on the Widgets screen and will push it back to WordPress 5.7 which is currently scheduled to be released on March 2021.

What a pity the Widgets Screen feature was dropped from WordPress 5.6. However, it will let the WordPress team focus more on making WordPress 5.6 compatible with the PHP 8 which is currently scheduled for release on November 26, 2020.

WordPress 5.6 is available for testing with the Beta 1 release. You can download the WordPress 5.6 Beta 1 here.

To prepare for this major WordPress release, WPThemeGo ensure that all the WordPress themes have been updated to latest WordPress version and ready for updating to WP 5.6.

Boost your traffic and expand your pool of potential customers